Japan is the Fossil of the Day!

This is Monika, writing from from the joint press conference of Japanese and Australian NGOs (CAN International) in response to Japan's government announcement of a new target that actually increases emissions. Japan got the infamous prize of Fossil of the Day, and Japanese NGO activist said that they are as Japanese embarrassed with their government. 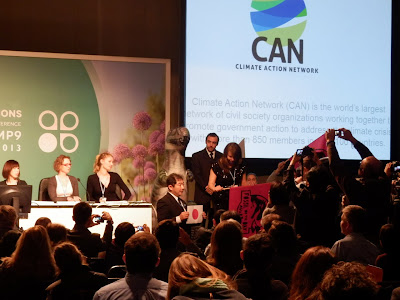 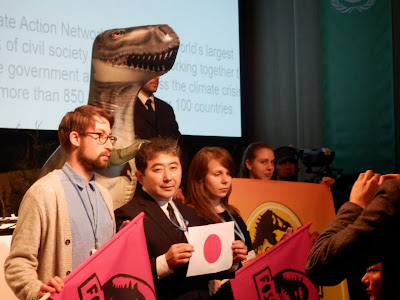 The press conference started with an action of solidarity with victims of the disaster in Philippines. Activists laid down on the floor covered with white sheets symbolizing the victims, and Japanese youth were eating sushi together with Australians gorging on sandwiches over the bodies to show how their governments are insensitive to extreme weather disasters and climate change policy. 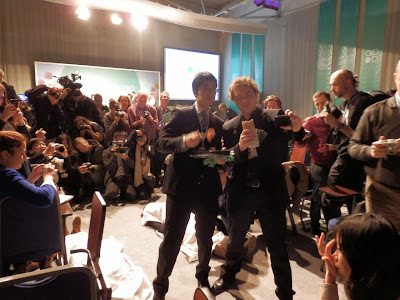